Two weeks ago Google held an event to introduce a few new devices, including two smartphones and a laptop. But something elso got most of the attention, especially within the online community of language enthusiasts: the Google Pixel Buds. 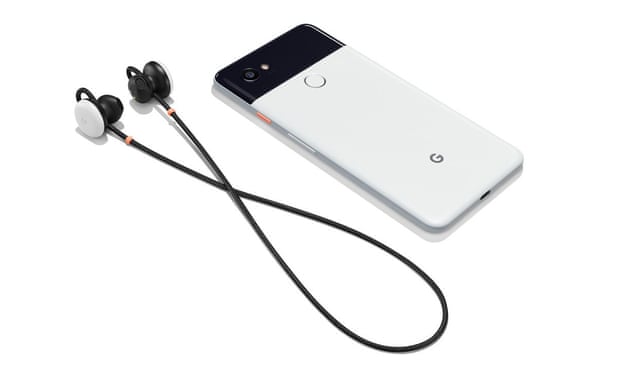 They look like a simple wireless headset that connects to the smartphone, but the special thing in this case is that these headphones include a microphone where you can dictate commands to the Google Voice Assistant: call friends, ask for information about the weather, dictate a message… or ask Google to help you speak a language.

That’s right. During the demo on stage an American guy and a Swedish girl, helped by these smart headphones, were able to have a short conversation, each speaking their native language, thanks to the (almost) simultaneous translation by the Google Pixel Buds.

This is the first reaction of the audience, and probably of everyone at home. A technology that allows you to have a conversation with someone who speaks a language you don’t know, at your fingertips. I mean, in your ear…

It’s everybody’s dream after all… No more embarassing moments when you try and order at restaurants abroad. For the lazy, on the other side, it is finally the opportunity to say: “You see? I don’t have to learn any foreign language, I just have to use the automatic translator”

A device that currently translates 40 languages, and that seems to come straight from science fiction books. Just like the “Babel Fish” in “The Hitchhiker’s Guide to the Galaxy”, which you just put into your ear, and it allows you to instantly understand everything said in any language of the universe.

In short, it’s the future, today.

Well, actually, maybe tomorrow. Or even the day after tomorrow… Yes, because today, it is not as easy as it looks.

It is true that the translations on stage during the demo were basically perfect, and even the response time was very quick. But in reality, these earphones are not as revolutionary as they may seem…

The trick is that they need a smartphone to work, a phone with Google Voice Assistant installed. And when you ask this assistant to help you speak a foreign language, what it actually does is to launch Google Translate in Conversation mode.

So, at the end of the day, we can already test the functionality of this device with any phone that has the Google Translate app installed, and a couple of traditional headsets, you know, with a wire and a microphone. Of course, it will not be as cool, and we will have to lend one of the earphones to the other person to have a conversation. But we can already have an idea of the pros and cons of this “language revolution”.

So the question is: is Google Translate really that good? Despite the bad reputation it has among language professionals, it does an excellent job in many languages (my personal opinion). In some cases, it won’t give you a perfect translation, but still, it will get close and give you a good idea of the meaning; but in other cases it will be really bad. It is like that: you can rely on Google Translate for help in most cases, but you can never really fully trust it… It is not perfect, not yet, and it still has a long way to go. But today it is probably the best automatic translator in the world, and it is already the most popular. And having a tech giant like Google behind it, it is inevitable that some of the best minds of this planet will devote their entire professional lives to make this product closer and closer to perfection.

After all, it is the fate of technology: to be better than yesterday and worse than tomorrow. If we look back 20 years, the only automatic translators were devices similar to  calculators, in which you had to enter letter by letter the words or phrases that you wanted to translate, and the results were almost always disappointing.

Today, these devices are inside our smartphones as apps, they are available to everyone, and you don’t have to write words anymore, instead you can just talk naturally and get a loud still automatic but almost human-like voice response. Today, automatic translations between languages with similar syntax have a good success rate, which is the reason why the Google Pixel Buds on stage during the demo successfully translated between English and Swedish, two languages of the same family. It would  also work well between English and Spanish, languages of different families, but who represent the most translated language couple. It works like this: Google stores all available official translations of documents in different languages, and it feeds them to their algorythms, which are basically trained and perfectioned by human translations. But with translations from Japanese to Arabic, or even from Chinese to English, the results are much more disappointing. Often single words are omitted or translated badly, and sometimes the entire meaning of a sentence is completely changed. In a professional situation, where two people probably have even a basic level of English, using a lingua franca remains the best conversation option. But on the other side, if you meet someone who doesn’t speak any language except his mother tongue, then an imperfect automatically translated conversation is probably better than any communication made of hand gestures only, and certainly better than no conversation at all.

If we look at the technological progress made in this field over the past 20 years, it is easy to understand that so much has been done. And with the exponential rate of progress, it is to be expected that in the next 20 years automated translations will get better and better: quicker, more natural, more accurate. It is the history of technology. And there is no reason to believe that technology will fail in the long term in the field of spoken languages.

Will translators and interpreters be replaced by technological devices in the future? I think so, although not in all situations. But that moment is not now.

Until then, learning a language will still be the best way to have a conversation in a foreign language. 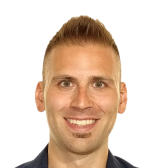 Serial Language Learner, Blogger, Language Coach and Tour Leader. Travelling the world through books, languages, food and, you know, actual trips. Currently on a quest to gather the pieces of the Tower of Babel.
View all posts by Raffaele Terracciano »

Every language is a secret code to unlock a culture: learn one and you get a ticket to explore a new world.

My name is Raffaele Terracciano, but you can call me Rafter!!

This error message is only visible to WordPress admins